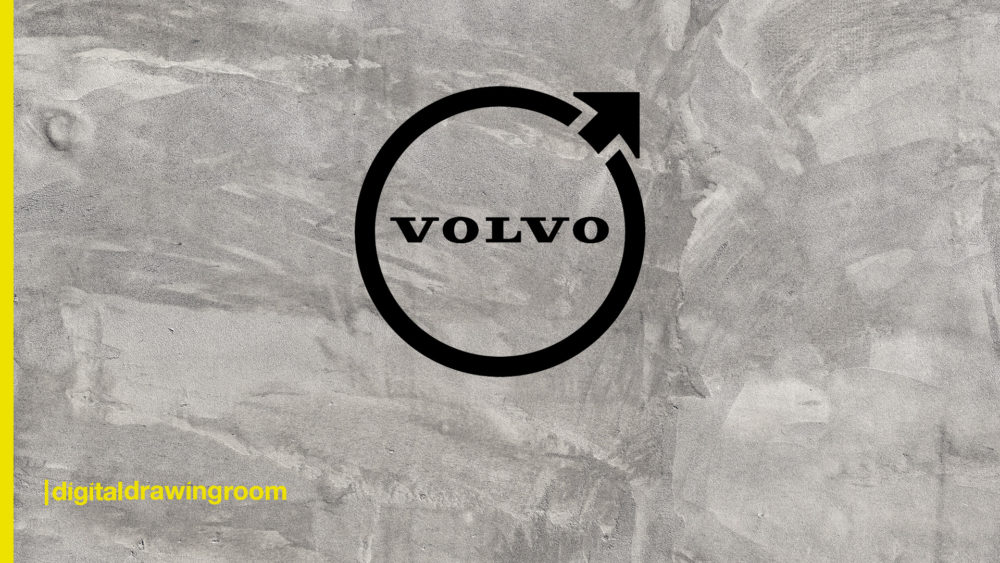 Is Volvo Only Making Cars for Men Now?

Swedish carmaker, Volvo, has joined a string of companies in the automotive industry by revealing a new version of its longstanding Iron Mark logo.

In keeping with more modern design trends, they’ve scrapped the silver and blue gradient mark and have now replaced it with a flat design. Recently, Nissan, MINI, Toyota, and VW have all adopted flat logos with various degrees of success.

You’d be forgiven for mistaking the new mark as being very similar to the male gender symbol – that’s the first thing that popped into my mind. It’s also interesting to note that neither myself nor our design team ever noticed the resemblance with the previous logo – but this flat design has made it glaringly obvious.

When contemplating the new version, the first thing that came to mind, was one of the very basic principles of branding:

A brand is not what you say it is. It’s what they say it is.

A brand is not a logo, it’s not a corporate identity, and it’s not a product. A brand is a person’s gut feeling about a product, service, or company. The brand is defined by individuals, not by companies.

Named Volvo Iron Mark, the logo is the same shape as both the male symbol and the scientific symbol for iron.

According to Volvo, “The iron badge on the car was supposed to take up this symbolism and create associations with the honoured traditions of the Swedish iron industry: steel and strength with properties such as safety, quality, and durability”.

Those are all fair qualities, but what do they say it is?

Many on the internet take a different view to that of Volvo’s company statement above. 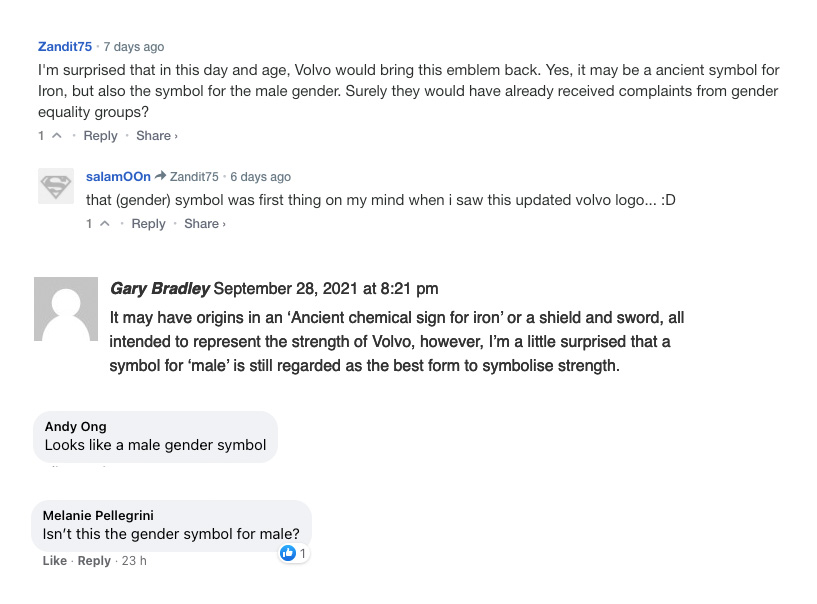 The long-term uptake of the new logo remains to be seen, but I feel that the powers that be at Volvo could have given this a bit more thought and the people responsible for the design, could have considered the basics before following this direction.

Want to work with an agency that knows what they are doing? Have a look at Digital Drawing Room’s logo design portfolio here. 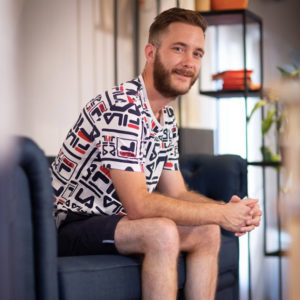